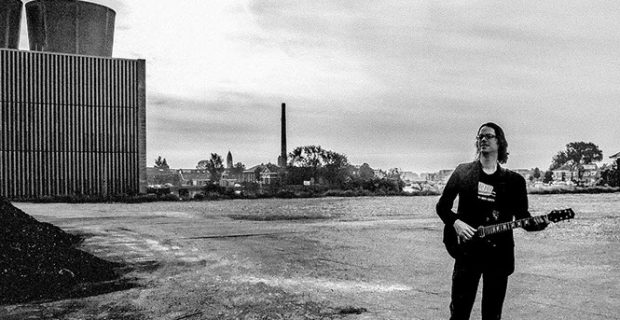 “Every show we play with much intensity and expressiveness”, “Hit people in the heart, not the head” – John

John-F. Klaver is a Dutch guitarist, singer, composer and music teacher. He began playing the guitar at the age of eleven, inspired by Gary Moore, Robben Ford and Jimi Hendrix. After graduating, he decided to study in America. There he took private guitar lessons as well as music theory classes at the University of the Pacific.  Back in the Netherlands, he was admitted to the conservatory of Amsterdam and received lessons from Jesse van Ruller, Martijn van Iterson and Eef Albers. In 2007 he started his own formation, the John F. Klaver Trio, that would later become the John F. Klaver Band.

With Iris Sigtermans (bass), Robert-Jan van Schoonacker (drums) and Pascal Lanslots (Hammond) by his side, John plays modern blues with an authentic feel. The first accomplishment was the CD Jetpepper, that was released in 2008. The second album, “Coming Back For More”, followed in April 2011. The album was a major success, being voted Best Dutch Blues CD 2011. Well-known music magazines also noticed John and devoted several articles not only to the band, but also to the amplifiers and effect pedals that John builds himself under the name of ‘Klaver’.

Now with the fourth album ‘The Edge’ John and his band are bigger than ever in sound and expression. As Matt Schofield said: ‘John is one of the most interesting Guitarists out of Holland’.

The John F. Klaver Band already played at many big festivals, among which Moulin Blues, IBC Memphis, EBC Berlijn, Big Rivers and Jazz in Juketown. The band also featured as a support act for musicians like Dana Fuchs, Matt Schofield and Johnny Winter.