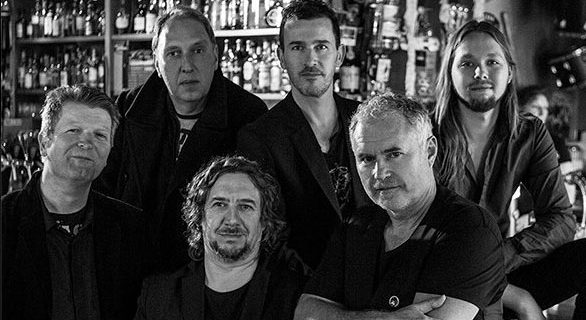 Biografie
“What could ever sound better then one great guitar player ? Two !”
This 6-piece band, formed early 2014, excites the crowds with original blues tunes, mixing jazz and rock grooves, played by the finest musicians around in the Netherlands and Belgium. Phil’s new set up, in good tradition, includes top notch guitar prodigies. Except now there are two.

Berland Rours (guitar), after his conservatory studies in Amsterdam, 41 year old guitarist Berland toured internationally with the likes of Eef Albers, Benjamin Herman and Goede Doel. His jazz and soul roots are clearly noticeable and he mingles those with his blues feel.

Pascal Lanslots (keys), after graduating with honors at the conservatory, Hammond, piano and vintage keys player Pascal shared the stages all over the world with the likes of BB King, Tino Gonzalez and Chick Rodgers, at festivals like North Sea Jazz and Leverkusen WDR.

Marcus Weymaere (drums), graduate from the Royal Conservatory of Brussels, Marcus has been an appreciated value on the European music scene since the 90’s. He toured Belgium, France and Canada with bands such as Cowboys and Aliens, Stella, Gorki, Beverly Jo Scott, Admiral Freebee a.o. He also appears on many CD’s and DVD’s, as well as currently on national TV being the drummer of the Voice of Belgium.

Carlo van Belleghem (bass), well known freelancer in Belgium who has played in many styles of music. But his passion is and stays in the blues. Bands he played with: Boogie Boy, Roland, Shirley Johnson, Marino Noppe, Last Call, Gerry Joe Weise, Phil Wiggins, George Kirby Jr. and that’s only in blues department …